Considering all technological advances of modern world, being indie film director seems to be easy. However, it’s still uneasy to find budget for the first film.

Paul Herbert can be called a successful indie filmmaker. In the last five years, he has made five short films. One of his latest works, The Flight of Iro and Casper (2015) won the first prize in two international short film festivals: the Open Door Showcase and Near Nazareth International Festival.

Looking back to where he started, Paul remembers that for his first short film he got the crew rather easily, even though his budget was only £120. “They were working for an idea. People just wanted to be involved, and that film became a collective effort.” He got his first crew from websites and the equipment from his working place in the university.

However, even after five projects Paul admits that he wouldn’t make films if the aim was a commercial success. “I would become bankrupt!” he laughs. The main thing, he says, is to create an atmosphere –  and something new, something enjoyable for him and for actors. “Mostly it’s just getting a good stuff that could get your money back – that would be a goal. I don’t expect it to get profit, but of course I’d love it to do so.”

Finding a budget for your first film and searching for sponsors later – that’s a major point of concern for debuting filmmakers. Large studios and expensive equipment could be no longer necessary, as even smartphones now can film video with a quality that can out-perform older professional video cameras. But does the budget become less important?

“Funding is often one of those dilemmas about the egg and the chicken, and the truth is either of them can come first,” says C.J. Lazaretti, who directed the animated short called Cosmico. It won two awards at the 2016 Austin Revolution Film Festival. Together with Paul Herbert, they made English Lesson – Paul’s most recent short film. C.J. is also freelancing as a film editor, helping emerging directors, whose scripts he finds interesting, to get their first films done, even if it’s a low- or no-pay job.

“Your cast and crew like to work for free as much as you do, so there’s got to be something else in it for them,” he says, admitting that just a good story is not enough. The motivation should be solid. If it’s not money, it should be something else. For example, sending films to the festivals to gain more attention to the idea and get proper funding for future development of the story, or gaining nominations for awards that would contribute to others’ portfolios. Post-production also matters. Mr Lazaretti explains that the real challenge after the end of film production is to make people talk about it. “When I work on a project that attracts good traffic on social media, which has a poster and a trailer, which is written about in the press, that gets people talking, I know I’ve put my time and skill into something rewarding and serious, no matter how small.”

However, it’s difficult to break through with your first film, as the competition is much higher than it was five years ago. The number of applications for film production funding for BFI Fund has almost doubled in the last years: from 337 in 2011 to 533 in 2014, with less than 20% of them being successful.

“Funding is often one of those dilemmas about the egg and the chicken, and the truth is either of them can come first”

“Unfortunately, there are just too many people trying to get into the industry, and it is very hard to be across everything,” says Jordan McGarry, ‎Head of Talent Development & Production at Film London, a capital-based screen agency that supports emerging filmmakers. One of her department’s projects is The Microwave, a financial and mentoring support scheme for debuting directors, made in partnership with BFI Fund and BBC Films. “The reality is, it is a very crowded marketplace, lots of people want to make films now and it’s easier than ever before.”

The Microwave scheme received 150 applications in 2016, however, only twelve managed to get to the final shortlist – the chances to get through such tough competition are like winning the lottery.

And it’s not only a competition for getting your first film done – there is even higher competition to get your first film watched. According to ComScore data, there were more than 900 films released theatrically in the UK in 2016, which is 16 films a week. Jordan outlines that these are the films that got to the theatres, and there are even more low budget, easily-filmed projects. And there are so many of them that many long features that spent much more energy and money and didn’t get to the cinemas without the support from the industry. ”So proceed [to filming] with caution. If you can make a film, it doesn’t mean you should.”

Getting that support can be tough not only because of the competition. Uppili Raghavachari, who is the director and the founder of production company Concept 139, thinks that one of the reasons why not so many directors are getting their first film financially supported is inequality within the industry. “They tend to give this support for ones, who have connections within the industry,” says Uppili, as his company helps the directors who got rejected by larger funds. “That’s because they need insurance. If they give you money, they need to know that this money will work, that they will make it back.” Uppili thinks that young British people almost have no way into the establishment, as their films are too distant from what funds and festivals are expecting to see. Moreover, Uppili suggests that “the BFI is more likely to give the money to American than to UK indie filmmakers,” as the Americans are given much more credit in terms of film profitability.

Aimie Willemse, Scottish indie film director, agrees that there are barriers within the industry. Her application for getting funding from Scottish Film Talent Network was rejected in 2014 – mostly because she was a director and a producer at the same time. “You need to bring more recognisable faces DPs or producers, or a very well established production company.” It’s hard to be recognised by production companies. “It’s a double-edged sword. They want you to be young upcoming talent, but they want something they can bank on.”

There is one more option for indie filmmakers – crowdfunding. Online platforms, like Kickstarter or Indiegogo have been gaining huge popularity in the last decade, helping to produce all forms of entertainment – including films. However, the crowdfunding could be tricky. Aimie suggests to be cautious with it, and use it to fund a part of the film instead of the whole film: “Aspiring filmmakers don’t really realise how much time and effort the crowdfunding really takes. You got to be relentless with it, it’s a full-time job.”

“The reality is, it is a very crowded marketplace, lots of people want to make films now and it’s easier than ever before”

Paul Herbert crowdfunded £2000–half of the budget for The Flight of Iro and Casper. He thinks that to be successful with the crowdfunding, you should have certain personal qualities. “It’s all about building relationships with different groups. It’s hard, rather boring, and you’ve got to be phoney, got to pretend that you like what you actually don’t like, you’ve always got to be social networking.”

So, there is no universal formula explaining how to make your first film successful and where to get funding for it. Although some of the old challenges no longer matter, like finding the equipment or the crew, the high competition is the first barrier indie directors need to overcome. Festivals are overloaded and film funds are attracting thousands of applications every month.

What you really need to do is to stand out and show, how different and experienced you are. “It’s always better to have something to show, even if it’s just a YouTube video,” says Uppili. “That’s what I ask when directors are coming to me for funding – to show what they done before.” Getting something done is a half way point towards getting noticed. The more you’re practicing, the better the chances you will be spotted by future investors. Also, networking is important: find the other indie directors and get in touch with them, so you can collaborate, share the ideas and opinions and get more credit in the industry. Crowdfunding can be your choice if you really know how to convince people to do something or got an original project that can easily attract mass audience.

However, you shouldn’t forget why you are making your film. For Paul Herbert it’s a case of love from the first draft of the script. “At the end of a day, people who get involved, they are here making this film not for money, they are making it because they love it. It’s rare on a Hollywood scale, but common on a low-budget scale. And that’s the most important thing, I think.” And that’s the number one rule for any filmmaker – you should love what you do. When the script is written carefully, when the film is directed accurately, and you can feel that the director truly cares about the characters and the plot – that would be the first thing that will raise your film above the others.

Want to know what impact Brexit will have on the UK cinema industry? Check out our article Approaching Article 50: What does Brexit really mean for the UK film industry? Also check out our video below on five indie movies we are looking forward to this year. 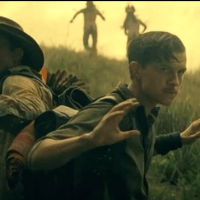 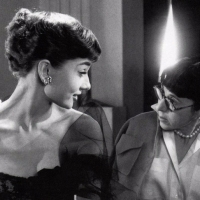