I slowly open the crooked front gate; the piercing screech of the rusty hinges sends shivers down my spine. It slams behind me; the wind has picked up. It’s howling through the lifeless trees that are shrugged over the small, abandoned-looking house at the end of the street. I’d imagine the person who resides here could only be as menacing and petrifying as the house itself, surely? I accept my fate and each step I take, from one broken cobbled stone to the other, I’m aware of how far away I am from the gate – from escaping – and how close I now am to the door of the house. Before plucking up the courage to knock, the light of the front porch blinks and flickers on. He knows I’m here.

Let’s turn off the black and white movie filter, and the bloodcurdling Psycho violin music playing in the background, because what happens next will not be the horror film ending in which I had surrendered myself to, and strangely enough I wasn’t captured or mutated by an escaped mental patient in a blood soaked hospital gown.

35-year-old Paul Oldbry, an avid watcher of all things horror, greets me. There is a subtle stammer in his “hello” and a shake in his hands. But he has warmth in his voice and kindness in his eyes; nobody would know that he has battled with manic-depressive disorder, otherwise known as Bipolar, throughout most of his life. “It’s becoming more and more shocking as time goes on”, says Paul, putting his head in his hands. “We are so used to seeing such negative portrayals of people with mental illness in horror films – funnily enough, we’re always the ones holding the knife or with pale complexions in nighties – that it has become normalised to call us nutters. It’s no wonder people run a mile when they hear anything about mental illness”.

The increasingly brutal nature of the horror film industry surrounding psychiatry has been spawned from Alfred Hitchcock’s renowned 1960 film Psycho, when the term was brought into popular vocabulary, and the idea of an unstable, frenzied killer looking like the man next door began to embody a stigma and fear surrounding the mentally ill. This idea has also been seen in Stephen King’s 1990 film Misery when the supposed generosity of crazed fan Annie Wilkes, turns into a psychotic obsession with her favourite writer, causing her to later trap and immobilise him with a sledgehammer. Films of a similar genre today can make those productions of the 90’s look PG, as the content has become twisted, violent and extreme, designed to make us feel disturbed and leave a lasting impression; a sit on the edge of our bed at 3am kind of disturbed, biting our nails down with the thought of such terror in the world. The Human Centipede 2 by Tom Six is one of those exploitation-horror films, telling the story of Martin, a middle-aged man with Borderline Personality Disorder, fulfilling his sick fantasy of sewing numerous of his victims together to make a human centipede. The film was originally banned in the UK by the BBFC (British Board of Film Classification) for its ‘revolting’ content but was eventually granted an 18 certificate after over thirty cuts.

“People think the mentally ill are about to go on the rampage any second, but nobody understands”

Borderline Personality Disorder (BPD) is a spectrum disorder, and sufferers can experience the illness and be treated in many different ways; it does not lead to the type of behaviour that Martin displays. The lack of education surrounding spectrum disorders, or attempt of psychoanalysis in these blockbusters, has caused people to fear even the mildest of psychological illness, mistaking it for erratic, dangerous behaviour. “It’s been so dramatised, people think the mentally ill are about to go on the rampage any second, but nobody understands. The majority of the time suffers will see a counsellor or two and they’ll be fine – it’s not like they need a straightjacket”, says Richard Fowers, who suffers with depression, and also regularly watches horror films and TV programmes like Netflix original series American Horror Story.

It’s hard to understand why suffers of mental illness would want to watch horror films of an exaggerated psychiatric nature if it is to make them feel marginalised, or why we as a nation are fascinated by watching these horrors whilst keeping the lid of discussion on mental illness firmly closed. Simon Uskuri, a Qualified Professional Confidential Councillor who is passionate about spreading awareness of mental health, says it’s about finding normality, and an outlet in which people do not feel judged. “We all like to see that not everyone is perfect and we are all flawed, so it’s comforting to know that we are not alone in thinking things that don’t fit with this ‘perfect’ idea of who we should be. In my professional experience I feel that often people experience shame in feeling emotions that they have been told to repress, which leads to fear, stigma and misunderstandings around mental illness – horror films become a way to experience this and not feel judged for it.”

Josetta Malcom has worked with mental health charities like MindOut, The Albert Kennedy Trust and PACE, for 12 years and thinks any attention, positive or negative, that the film industry gives mental illness can only shed more light on the sensitive topic. “Even though the statistics for suicide rates in the UK are always going up and down, there is a lot more awareness and talk about mental health now, and actually the most damaging thing is when people don’t have a language to talk about it and now the language of mental health is out there – I do think that’s incredibly positive.”

According to the mental health charity, Mind, one in four people in the UK will experience a mental health problem each year. Out of every 100 people, 1 to 3 are estimated to have Schizophrenia, 1 to 3 people have Bipolar, and 3 to 5 people have personality disorders. Figures collected by The Office for National Statistics show that men are almost three times more likely to commit suicide than women with 17 men and 5 women per 100,000 people taking their lives.

“I’m an ex service user of mental health services”, says Josetta, leaning forward with eagerness to discuss further, “and I’ve experienced the so-called banter and ignorance, which is why I’m very open and vocal about it, because it just shows that I’m a real person – mental health is very real, not just on a screen – and real people can have mental health problems.”

It seems those who suffer with a mental disorder have felt the full force of the judgement caused by the iconic horror blockbuster moments: the black knife wielding shadow that hides behind the shower curtain, the gaunt girl in her hospital gown with long black hair and mutated face, to the average guy next door with a diagnosable yet treatable personality disorder, Martin, who has a human centipede in the basement. 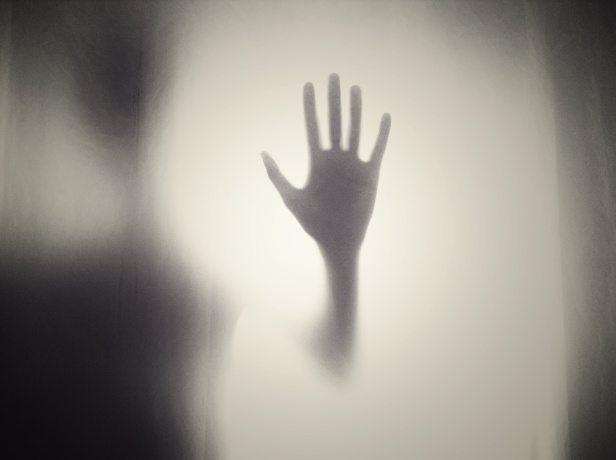 Amy Williams, 22, works for Acamar Films on the production of a children’s entertainment programme Bing. She thinks the resolution in dissolving the stigma surrounding mental illness in the film industry lies in the hands of the next generation. “I feel for some young people because they can find it hard to see the grey area; they struggle to find their own voice. Film is an art form, and like all art it is subjective and open to interpretations. Children need to learn from an early age about mental health in order to make these interpretations with a balanced view – not one conditioned by being bashed with graphic, and at times distressing films. If we make it a taboo then that makes it more attractive and therefore enhances its appeal for young people – we need to start talking, so they can differentiate what is real and what is not; that is the only way.”

One thought on “I’m Not Some Horror Film Cliché” 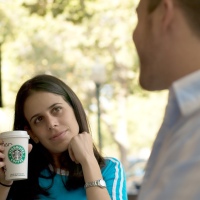 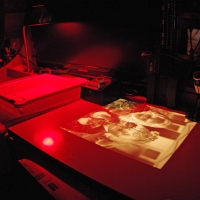 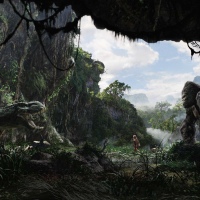